Even Lego spacecraft get to fly high

Lego is back with another new amazing spacecraft build set. This time, it’s a fairly realistic replica of the International Space Station, the orbiting laboratory helmed by NASA and more than a dozen countries all over the world. To celebrate the new creation, the Lego team sent the tiny ISS made out of Lego bricks to the stratosphere using a giant weather balloon in order to get it “as close as possible to the real ISS.”

Lego claims it asked NASA experts to approve the final design for the build, according to a short video announcing the new set. True to Lego form, the mini-ISS comes complete with various attachments and details that the real space station uses and interacts with every day. The Lego ISS sports the vehicle’s eight distinct solar arrays, which are used to gather power from the Sun. There’s also an airlock hatch for tiny Lego astronauts to leave the station and perform spacewalks. The set even comes with small spacecraft needed to transport crew and cargo to the ISS, representing the Russian Soyuz capsule and the commercial vehicles that do so today.

An out-of-this-world building experience is coming! 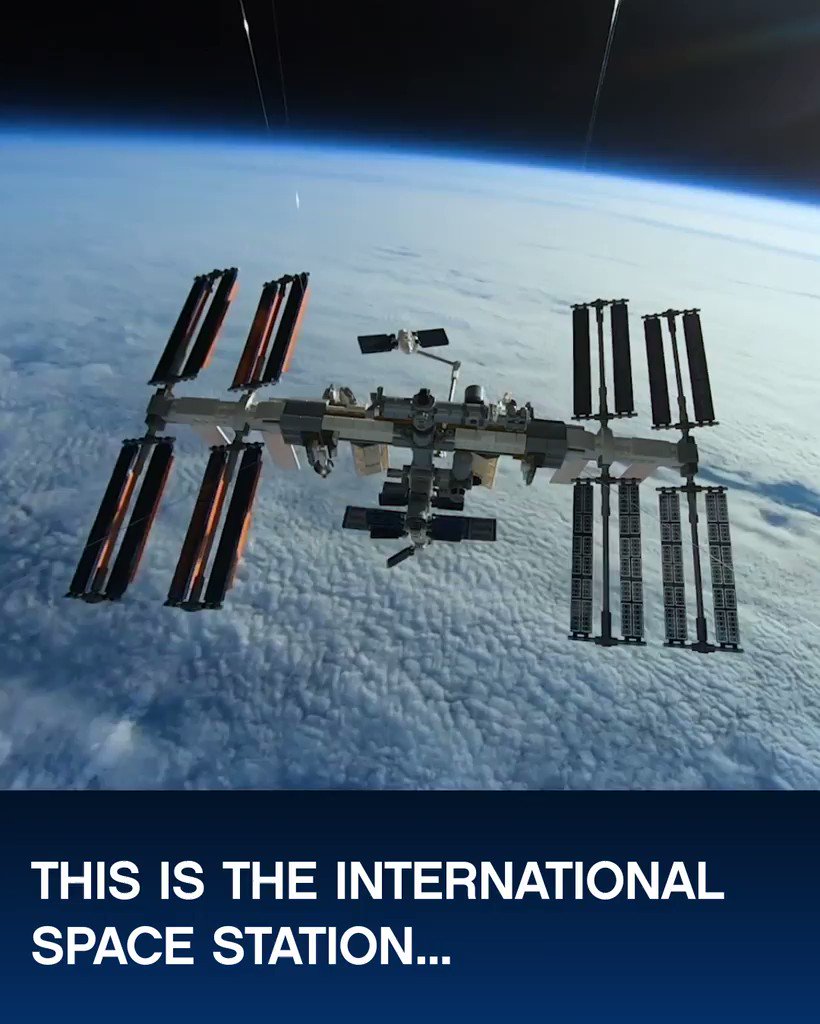 There is one part of the set that does not match current operations at the station, though: Lego included a small Space Shuttle that can dock to the ISS. Though the Shuttle used to dock with ISS throughout the 2000s, the vehicle has been retired since 2011 and no longer sees space anymore. So the Lego set can also transport you back in time slightly to when the Shuttle program was in full swing.

If this set is anything like Lego’s most recent space sets, it should prove to be a fun build as well as a great learning experience. Lego has been building up a great repertoire of space build sets lately with an epic re-creation of the Saturn V rocket that took astronauts to the Moon as well as the Apollo lunar lander, complete with the same historical plaques, cameras, and more. It’s unclear how they’re going to top this, though SpaceX has a few rockets and capsules that are ripe for Lego re-creation.

The Lego International Space Station set consists of 864 pieces and will be released on February 1st. It will cost $69.99, which is a fairly low price when compared to the more than $87 billion that the US has spent on the space station since the early 1990s.

Where is the ISS ?

*Important info about shop/membership operations* All envelopes are sent. Tnx for your patience! 73

Better ? Become a member of the society and access to privileges
Annual subscription for 2022 is opened

Receive all news on your email